EXCERPTS FROM AN EVENING OF PHOTOJOURNALISM 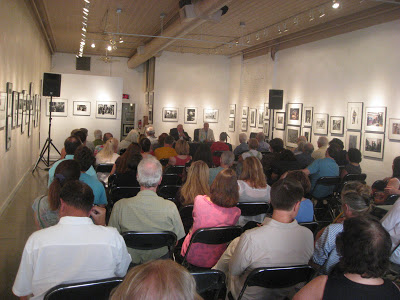 We were honored to welcome two  preeminent names in American journalism, former Time, Life, and People magazine editors Richard Stolley and Hal Wingo for an evening of conversation in the gallery in conjuction with the exhibition "History's Big Picture". The gallery was filled to standing room only as they talked about the power of magazine photography and photojournalism's past, present, and future.

A few excerpts from the evening:

Dick Stolley recounted the events surrounding President John F. Kennedy's assassination, and how he arrived in Dallas on the evening of the assassination and met early the next morning with Abraham Zapruder and secured the original and first-generation print of the "Zapruder film" for LIFE magazine. Stolley continued that he went to the County jail for the transfer of Lee Harvey Oswald, only to learn from a TV camerman that Jack Ruby had shot Oswald as he was leaving the City jail. Stolley then singled out Bob Jackson's Pulitzer-Prize winning photograph in the exhibition and continued:

Both Stolley and Wingo covered stories in South during the most violent years of the Civil Rights struggle. Wingo told how he found assignments in the South scared him far more than any in Vietnam. They talked about the power oF the image, and the influence civil rights photographs had on American public opinion at the time.
Dick Stolley: "When LIFE showed up there were already a lot of writers covering the civil rights stories. It was one thing to write about segregationist crowds trying to prevent nine teenagers from going into Central High School, but when you showed these photographs of angry, contorted faces it made all the difference in two ways: one, in us understanding of what was going on in Little Rock and throughout the South, and two, the attitude the people in the photographs had.
It was one thing to be written about, it was a very different﻿ thing to wind up in the pages of LIFE magazine with your face contorted in rage...and they caught on to that instantly.
America saw these photograph and thought "Good God, what is happening?"
Hal Wingo continued: "I wonder if anyone here tonight might recognize this picture? Does it ring a bell in any of you?"
He held up this photograph, a double page spread from an old LIFE magazine: 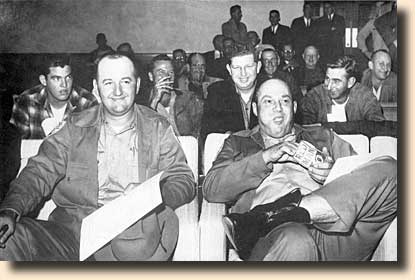 These are the 18 men arrested, including County Deputy Cecil Price and his boss, Sheriff Lawrence Rainey, for the murders of three civil rights workers James Chaney, Andrew Goodman, and Michael Schwerner. These 18 men were arraigned not on on State charges, because Mississippi did not charge them, but on Federal charges of violating the rights of the three civil rights workers. This is the picture taken just after their arraignment...do they look worried?

They thought their ace in the hole was they would be judged locally, by a jury of their peers, and that's the safest thing that could happen"

On the state of photojournalism:

Photojournalism today maybe has a broader definition than just the creative work of talented photojournalists who can arrange or capture a moment that will be a lasting impression from these situations. It seems to me today photojournalism is any photograph that is in the sense journalism, that tells the story."  Dick Stolley

We would like to graciously thank Dick and Hal for a wonderful evening of discussion. 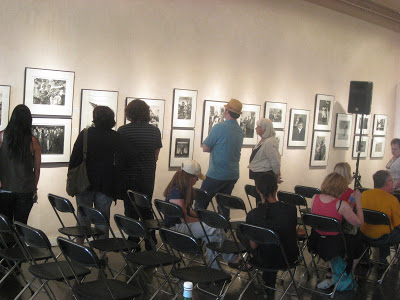