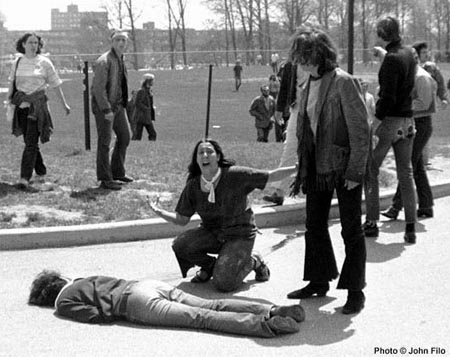 Photojournalists are the invisible documentarians of history; men and women who understand that their images will outlive them. We may all remember the classic black-and-white photo of a sailor kissing a woman in Times Square on VJ Day, 1945, but do we recall who shot it? (Alfred Eisenstaedt). Likewise, the image of Jack Ruby shooting presidential assassin Lee Harvey Oswald may remain indelibly imprinted in our minds, but do we know the name of the photographer? (Robert Jackson).

Monroe Gallery of Photography pays homage to the historical contributions made by photojournalists with both a photo exhibition called History's Big Picture and a public discussion with magazine editors Richard Stolley and Hal Wingo.

Both men worked as editors for Time, Life and People magazines, and the two will talk about the past, present and future of photojournalism at 5 p.m. Friday at Monroe Gallery on Don Gaspar Street.

"These are real moments captured by real people," Wingo said during a joint interview with Stolley at the gallery. "These were all done before the advent of Photoshop [computer software that allows manipulation of images]. These days you can't necessarily trust a picture."

Following up on that point, Stolley pointed to John Filo's photo of Mary Vecchio grieving over a slain student in the wake of the Kent State shootings in 1970 â€” an image hanging in the Monroe Gallery exhibition â€” and noted that a fence post seems to be protruding from Vecchio's head.

"Photoshop could erase that and probably make that a better picture, aesthetically, but it's not the truth," he said.

But, as Stolley points out, "There are moments of love that are caught as well," as with Ed Clark's moving photo of an accordion player weeping as President Franklin D. Roosevelt's funeral train passes by in Warm Springs, Ga.

Though these photojournalists were well trained and prepared to capture unexpected moments, luck and timing sometimes played a hand. Stolley tells the story of two photographers who were in the same place at the same time on the morning of Nov. 23, 1963.

That's when Dallas police were transferring President John F. Kennedy's assassin, Lee Harvey Oswald, through the police headquarters basement on his way to jail. Nightclub owner Jack Ruby stepped out from the crowd and shot Ruby at close range just as photographer Robert Jackson took a photo. Jackson won a Pulitzer Prize for his efforts, but photographer Jack Beers caught nearly the same image on his camera â€” about half a second earlier.

"Two pictures were taken by two photographers that morning," Stolley said. "The first one (Beers) is just off; taken less than a second before the other. Jackson's is the photo that became famous."

Stolley and Wingo remember a number of photojournalists who gave their lives on the job: Robert Capa, who stepped on a land mine while covering the First Indochina War; Paul Schutzer, who was killed covering the Six-Day War in the Middle East, and Life photographer Larry Burrows, who died in a helicopter crash in Laos in 1971.

"He used up two 'nine lives' before he died," Wingo said of his colleague Burrows.

Both men feel that photojournalism remains a vibrant art form. "Young people would rather look at a picture than read," Stolley said, pointing to the success of life.com, which offers more than 10 million photos on its site.

And photojournalism does not have to rely on the written word to tell its story.

"You didn't have to say or write anything," Wingo said. "The photo says everything you want to know. The fact that it captures a moment that is frozen in time stays with you."

Seating is first-come, first-served. The photo exhibit runs through September 25.

Related: 'This is one of the most powerful photographic shows I have ever seen and, certainly, in my opinion, the best Santa Fe has ever had the privilege of hosting.'
Review: Iconic Consciousness