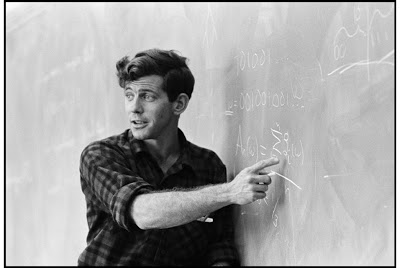 
SANTA FE, NM.- Monroe Gallery of Photography, 112 Don Gaspar, is pleased to announce “Those Who Dared”, a major exhibition of compelling and provocative photographs depicting brave, courageous, intrepid, and audacious people and personalities that celebrates the human spirit of daring, drive, and determination to make a difference. The exhibition opens with a public reception on Friday, July 5, from 5 to 7; the exhibition will continue through September 22.

“Those Who Dared” explores the characterization of extraordinary people who have influenced the course of modern history. The more than 50 photographs in the exhibit depict major personalities, historical figures, and everyday people who, through words, actions, and endeavors have made a difference; explored our world; made life-changing scientific discoveries, and inspired us all. These people broke records, broke ground, blazed trails, and suffered trials, shattering ceilings of glass and even tougher stuff. While some are obvious and some obscure, all acted to increase our liberty, safety, prosperity, and imaginations, often enduring an agonizing cycle of hope, progress, and crushing setback.

Monroe Gallery of Photography was founded by Sidney S. Monroe and Michelle A. Monroe. Building on more than four decades of collective experience, the gallery specializes in classic black & white photography with an emphasis on humanist and photojournalist imagery. The gallery also represents a select group of contemporary and emerging photographers.