Fighter with a camera: Renown photographer, who battled COVID-19, will celebrate turning 98 with a virtual show 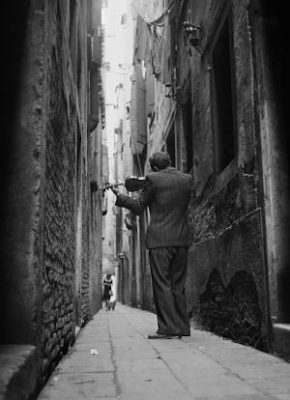 ALBUQUERQUE, N.M. â€” Tony Vaccaro reigns as one of the few people to have battled both COVID-19 and the beaches of Normandy.

The photographer will celebrate his 98th birthday with a virtual show at Santa Feâ€™s Monroe Gallery of Photography through Jan. 17, at monroegallery.com.

Vaccaro contracted Covid early in the pandemic â€“ in April. He spent two days in the hospital.

He couldnâ€™t walk from room to room,â€ his daughter-in-law Maria said in a telephone interview from their home in Long Island City, New York. â€œHe just stopped eating and had no energy.â€

Vaccaro survived, despite a 103-degree fever.

â€œI am a runner,â€ he explained. â€œIâ€™ve been running since I was a child.â€ 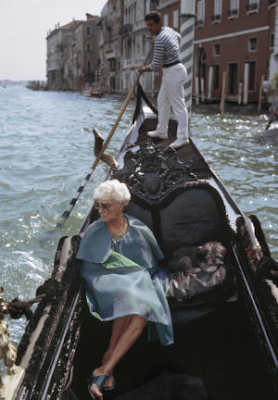 Heâ€™s also a fighter who carried a camera from the invasion of Normandy through the reconstruction of Europe, capturing some of the most iconic images of World War II. Drafted at 21, he brought his 35mm Argus C-3 camera with him, spending the next 272 days photographing his personal witness to the carnage. He fought on the front lines, developing his photographs in combat helmets at night and hanging the negatives from tree branches. 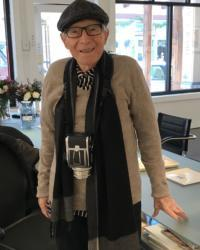 â€œNormandy to Berlin was just tough,â€ he said, â€œbecause you could get killed any minute. I was in the infantry and in direct contact with the Germans.â€

After the war, he remained in Europe, covering the rebuilding of Germany for Stars and Stripes. It was in Italy that he heard the strains of a violin coming from a narrow Venetian street.

â€œI was in Plaza San Marco in Venice,â€ he said. â€œAnd I had an idea of going into the small streets. So I go in and there was a violinist playing, of course, for people to throw down money. When I heard this violinist, it intrigued me. I went into the tiny streets of Venice and donâ€™t you know, I had met him before in Rome.â€

He captured his famous portrait of an American GI kneeling to kiss a little girl by accident. He came upon residents of St. Briac, France, singing and dancing in the streets after the 1944 liberation. 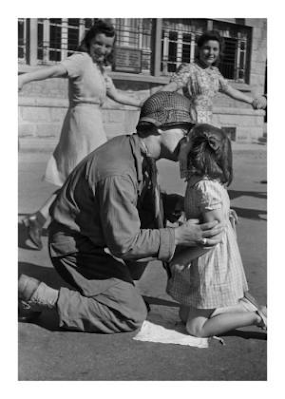 â€œThere were these people holding hands and singing a song in French,â€ Vaccaro said. â€œHereâ€™s this GI who knows not one word of French. They put a handkerchief under the knees of the little girl. Itâ€™s the symbol of a carpet for ladies.â€

It was the Handkerchief Dance.

When Vaccaro returned stateside, he worked as a commercial photographer for Look, Life, Harperâ€™s Bazaar, Town and Country, Newsweek and more.

His portrait of the art patron Peggy Guggenheim features a hidden joke. On assignment to do a profile, he followed her to the Guggenheim Museum in Venice. A statue by the Italian sculptor Marino Marini guards the entrance.

â€œThereâ€™s a man on a horse and heâ€™s naked and his penis was as long as half my arm,â€ Vaccaro said. â€œShe had this habit of whenever she had new guests, she unscrewed it.â€

Guggenheim expected a childrenâ€™s tour group, so she unscrewed the phallus and hid it beneath her cloak. Itâ€™s concealed under the garment in Vaccaroâ€™s picture of Guggenheim in the gondola.

â€œShe didnâ€™t want the children to see it,â€ he said. 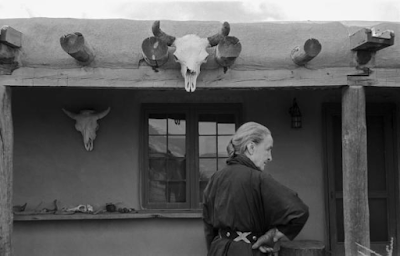 The artist refused to speak to him for five days.

Oâ€™Keeffe had been expecting a different photographer, one of her favorites, such as Ansel Adams, Todd Webb or Richard Avedon. Trying his best to charm her, Vaccarro cooked the artist a steak and fixed her broken washing machine, to no avail.

â€œGeorgia Oâ€™Keeffe at the very beginning didnâ€™t want anything to do with me,â€ he said. â€œShe didnâ€™t even look at me. She had just left her husband.â€ 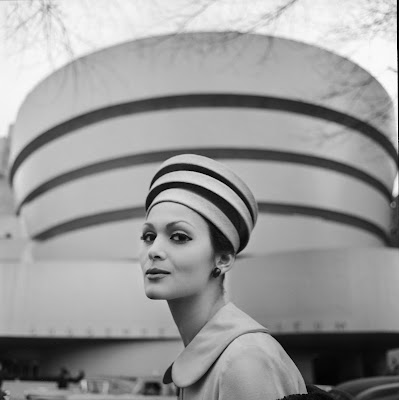 Suddenly, the topic turned to bullfighting. Vaccaro mentioned he had photographed the great Spanish matador Manolete.

Oâ€™Keeffe pivoted to face him. She never looked at Willard again.

â€œI am shooting, but not as before,â€ he said. â€œBefore it was survival. Somehow, I have an eye for whatâ€™s good before I can click it. I have seen so much that it is really an instinct.â€

As for Covid, he said, â€œI have an idea that the body forgets what it doesnâ€™t like.â€