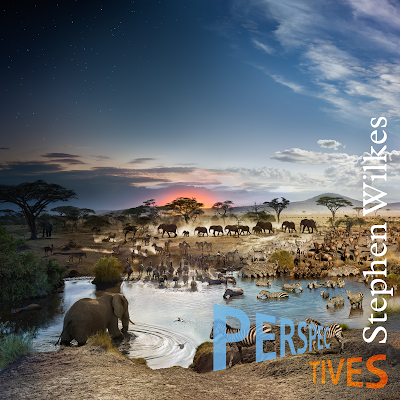 In a world where humanity has become obsessively connected to personal devices, the ability to focus in a profound and contemplative way is becoming an endangered experience. These three lecture-format presentations promise to provide an engaging alternative to that trend.

Over the course of three days, fine-art and documentary photographer, National Geographic Society explorer, and filmmaker Stephen Wilkes takes you on a deep dive into his most important bodies of work.

Each day Stephen provides an exclusive in-depth look at his creative and technical processes, imbued with treasured stories and inspiration about a single project. This format allows him the rare opportunity to share the rich details of each one and weave them together to showcase the arc of his iconic career.

Day One - Day to Night

Day to Night represents Stephen's 10-year personal journey to capture fundamental elements of our world through the span of 24 hours, as light passes in front of a lens over the course of a full day. This synthesis of art and science is an exploration of time, memory, and history, as witnessed through the daily rhythms of our lives. For Stephen, it also became a meditation. The concept of Day to Night has redefined the medium of photography, melding aesthetics and technology to create a new way of seeing time, capturing history, and using imagery to convey a narrative. Blending these epic images of cityscapes and landscapes into a single photograph is a process that takes months to complete. Day to Night has been featured on CBS Sunday Morning and exhibited around the world.

We explore Stephen's critically acclaimed photographic documentary project capturing the abandoned infectious disease hospital on Ellis Island. In 1998, a one-day assignment to the south side of Ellis Island led to a five-year photographic study of the islandâ€™s abandoned medical wards, where immigrants were detained before they could enter America. The project, which was featured on NPR and CBS Sunday Morning, eventually became Ellis Island: Ghosts of Freedom, named one of the top 10 photography books of 2006 by Time magazine. Stephen served for five years on the board of directors for Save Ellis Island.

A special screening of Jay Myself is made available for participants to watch between the webinar's second and third presentations. Then Stephen shares his fascinating story about the making of the film and his enduring 40-year friendship with its subject, Jay Maisel. The film charts the arduous logistical and emotional journey of Maiselâ€”himself a renowned photographerâ€”as he moves out of his six-story, 72-room home in New York City's Bowery. Variety's film critic Owen Gleiberman said: â€œAfter watching Jay Myself, you yourself may begin to see the world in a whole new way, as if youâ€™d woken up to all the images that might have been invisible before, but only because you passed them by.â€

These three presentations by a visionary photographer and filmmaker leave an inspirational and indelible mark on all who choose to open their eyes and minds to his technical and artistic mastery. You are invited to join Stephen and experience an unforgettable photographic journey through time. Tune in and letâ€™s get busy!