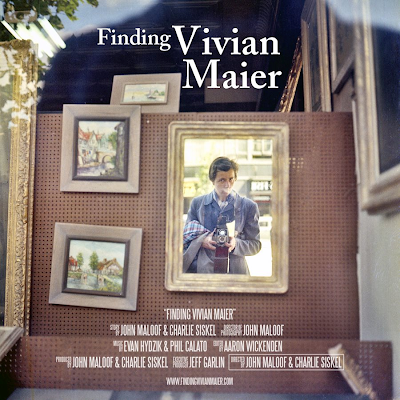 We are very happy to officially announce the feature documentary Finding Vivian Maier which tells the incredible true story behind the mystery of her hidden life. We are excited to share the official trailer with you for the first time. The film will be ready later this year.

"That rare case of a genuine undiscovered artist, she left behind a huge trove of pictures that rank her with the great Am...erican mid-century street photographers. The best pictures bring to life a fantastic swath of history that now needs to be rewritten to include her." - Michael Mimmelman, NY Times

Film Licensing
During the Berlin Film Festival this week Submarine has concluded presales at Berlin to SVT (Swedish TV), AVRO (Dutch TV), Swiss TV, all rights in Canada to Films We Like, and all rights in Italy to Feltrinelli Films. Further licensing deals and a domestic partner will be announced shortly. See more about this news in Variety Magazine.

The Story
Vivian Maier was a mystery even to those who knew her. A secretive nanny in the wealthy suburbs of Chicago, she died in 2009 and would have been forgotten. But John Maloof, an amateur historian, uncovered thousands of negatives at a storage locker auction and changed history. Now, Vivian Maier is hailed as one of the greatest 20th Century photographers along with Diane Arbus Robert Frank, Henri Cartier-Bresson and Weegee.

And that is just where the story begins. Finding Vivian Maier follows the filmmakers as they unearth Vivian's story, combing through thousands of negatives and a mountain of other material (including hundreds of hours of Super 8 film footage and audio recordings) left behind in Maier's storage lockers. As the filmmakers track down an odd collection of parents who hired her, children she cared for, store owners, movie theater operators and curious neighbors who remember her, the story that emerges goes beyond cliches of the undiscovered artist and offers a portrait that is at times bewildering and troubling. Maier's story pushes us to ask as many questions about ourselves as it does about her.

Finding Vivian Maier was Directed & Produced by John Maloof and Charlie Siskel (Bowling for Columbine, Religulous) who are Chicago natives. John once worked the swap meets and storage lockers that led to the discovery of Vivian's photographs and Charlie grew up in the North Shore neighborhoods where Vivian was a nanny. John Maloof is a filmmaker and photographer. Since the discovery of Vivian's work, he is now the chief curator of her photographs. In 2008 he established the Maloof Collection with the purpose of preserving and making publicly available the work of Vivian Maier. Jeff Garlin, an Executive Producer on the film, is a producer, writer, director and actor whose credits include Curb Your Enthusiasm.

Charles Siskel stated, "Vivian's story is as powerful as her art. We are excited to work with the very best labels to share Vivian's life and work with audiences around the world. Finding Vivian Maier, we hope, will bring her the recognition she deserves."