Stanley Forman talks about bearing witness to the news, being the first on the scene, and the importance of photography 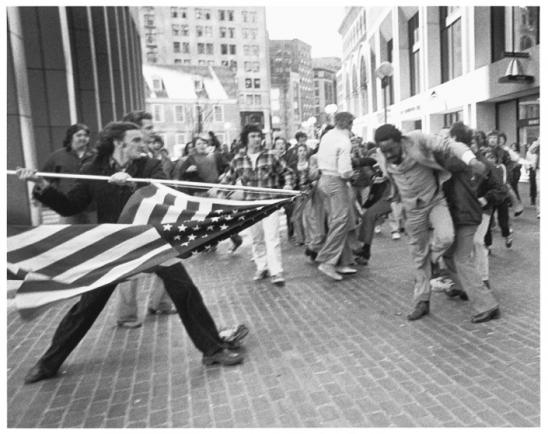 Credit Stanley Forman
The flag turns into a weapon in fight outside City Hall during the busing riots in 1976. Forman won a Pulitzer Prize for for this photograph
Via WGBH

Photojournalist Stanley Forman has been at the scene of most of Boston’s news events for the past 40 years, capturing iconic images that define the people and places in those stories. His work has earned him three Pulitzer Prizes, and he’s now working on a book entitled “Before Yellow Tape: A Pulitzer Prize Winner’s Fire Images.”

Forman sat down with Emily Rooney to talk about bearing witness to the news, being the first on the scene, and the importance of photography.

On becoming a photojournalist…

As a kid, I [followed] the sirens, the blue lights, the red lights. And finally, when I was around eighteen, my father said, “You go to all these things — why don’t you take a camera?” I thought I was going to be a firefighter. But he gave me a camera, and I got interested in photography, and I was very lucky.

You don’t have the access. I get to a fire, forget yellow tape — no matter what it is — you just don’t have the access that we had in the ‘60s, the ‘70s, the ‘80s. Everything has changed. I blame [changes in access] on O.J. Simpson, because everything changed after the mistakes they made at the scene.

On technology turning everyone into a photographer…

I’m self publishing — I know nothing about publishing … Anything you want to do in this digital age, you can become it. Do I like everyone taking pictures? I’m beat before I get there. No, I don’t like it … I’d like to think my framing is better than the guy with the iPhone, or the woman with the iPhone, but they have the image. Everything gets used.

You cover news … with a still camera or a video camera. You use a Phillips screwdriver or a standard screwdriver. I’m still covering news, and that’s the most important thing to me. 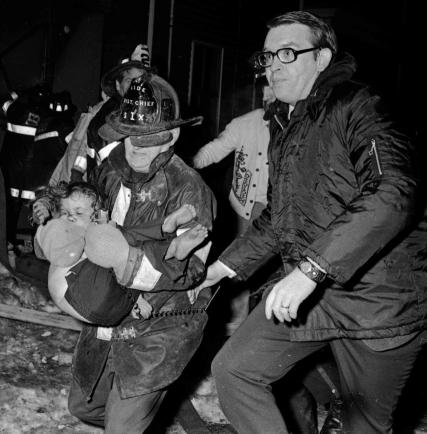