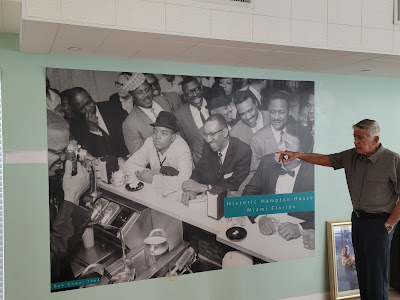 This past weekend, Bob Gomel returned to the site of where some of his most historic and iconic images were made 58 years ago. 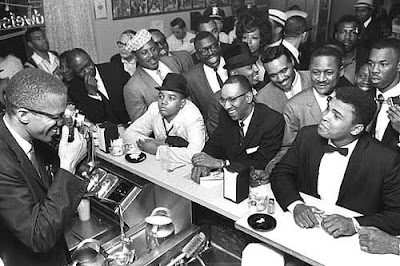 In February of 1964, Muhammad Ali, then as Cassius Clay, was training for his Heavyweight Championship fight in Miami with Sonny Liston, Bob Gomel was assigned by Life magazine to cover the matchup. Clay was an 8–1 underdog, but Gomel was assigned to take photographs of him in advance of the fight that could be used on the cover of the next weekly Life issue in case Clay upset Sonny Liston.

History was made on Tuesday night, February 25, 1964 as Clay defeated Lison in a 7-round TKO. Bob Gomel was ringside photographing the fight, and instinctively followed the triumphant Clay back into his dressing rom. From there, he accompanied the crowd to the Hampton House Motel for a celebration with ice cream along with Malcolm X and an entourage. The story was later shared on the big screen in the movie "One Night In Miami".

Shortly thereafter, bolstered by his mentor Malcolm X, Clay stepped in front of a room of journalists to declare his conversion to the Nation of Islam. After fielding hostile questions, he voiced the words that would become his lifelong anthem and would forever change the world of sports: “I don’t have to be what you want me to be.” 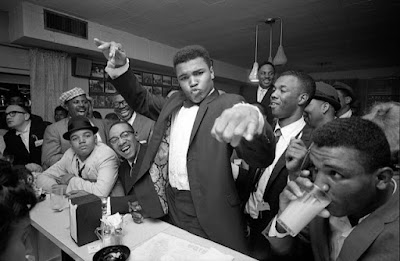 Cassius Clay (Muhammad Ali) plays a bullfighter at the victory party after he defeated Sonny Liston for the Heavyweight Championship, February 1964 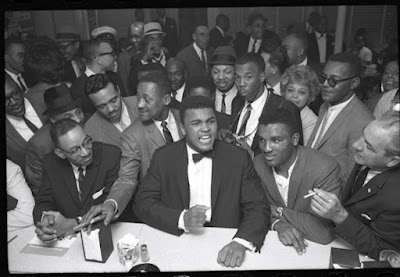 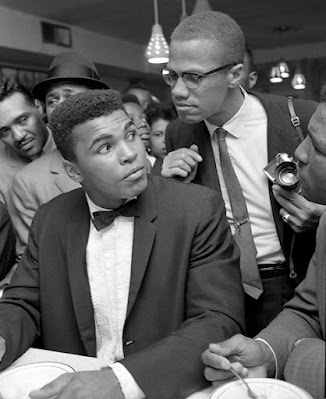 Malcolm X and Cassius Clay (Muhammad Ali) at the victory party after he defeated Sonny Liston for the Heavyweight Championship, February 1964 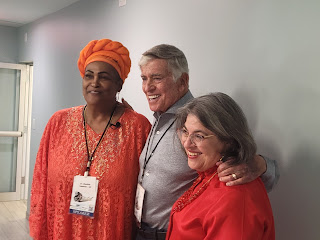 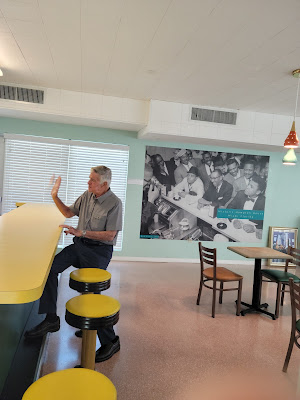 Bob Gomel seated at the counter where he took photographs of the celebration following Cassius Clay's (Muhammad Ali) victory over Sonny Liston
In 2015, The Historic Hampton House started its restoration of the Miami Green Book motel on a $6 million budget, thanks to the efforts of the preservationist Dr. Enid Pinkney’s single-minded focus.
After nearly two years of construction, the Historic Hampton House was restored and updated to function as a historic and cultural epicenter in Miami’s Brownsville corridor.
The 1960s were a tumultuous time in Miami with racial inequality and segregation laws strictly enforced. Between 1936 and 1967, the Negro Motorist Green Book was essential for the survival of thousands of Black Americans in an era of segregation cemented into the American legal system through Jim Crow laws, sundown towns where African Americans were under threat of violence after sunset, and a sharp increase in lynchings and other forms of hate crimes. 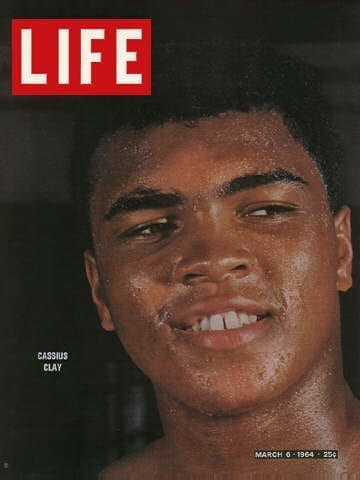