Heroin and The Photo Essay


"Live Through This: Documenting One Woman’s Struggle with Heroin" photo essay is featured on today's TIME LightBox.  Tony Fouhse's powerful new book captures a young woman's recovery from addition, as well as an unconventional relationship between subject and documentary photographer. In the accompanying article, Paul Moakley notes:

"Photography has witnessed other, now-classic depictions of junkies, like Bill Eppridge’s “John and Karen, Two Lives Lost to Heroin,” published in LIFE in 1965, and Larry Clark’s landmark Tulsa (1971), in which the photographer’s portraits of his friends — and himself — formed a poignant picture of lost American youth." 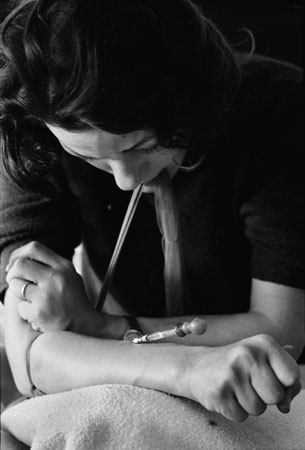 "With "Needle Park," Bill gave us one of the most powerful and memorable photographic essays Life ever published, one still highly regarded today. The story was to run in two parts, the first focusing on an addicted couple to give the nation's narcotics problem a human face, the second to explain what was being done to treat it.
Research to find the ideal subjects for the story was almost as intense as the actual shooting. Weeks spent with the detectives of New York City's Narcotics Bureau were followed by months of "hanging out" in "Needle Park," on the street corners where connections were made, and in the fleabag hotels where the heroin was shot up. That the couple, Karen and John, were white was deliberate; it was not to be a race story.
Trust, between subject, photographer and magazine, was essential. It helped that Life had a reputation for being respectful and fair. Of Karen and John, writer Jim Mills found that "intellectually, they committed themselves very quickly, but the emotion okay came gradually over a period of weeks."
Bill and Jim earned that "okay" by living the addicts' life. Bill blended into the scenery, his presence often forgotten, his photographs taken with available light – he may have missed a few, but he probably gained much more. So convincing was Bill that he was picked up by the cops who thought that he had stolen his cameras and Life credentials. He also had some explaining to do to many of the magazine's readers who believed that the photographs were too real; they must have been faked.
The story complete, Bill, Jim and Life did what they could to find for Karen and John long-term care by a psychiatrist who specialized in drug addiction. The sensitivity that was necessary for Bill to photograph them assured that he would remain interested, but it isn't easy to keep track of addicts battling a devastating habit. And caring – about a subject, about your pictures – takes a toll.
In fact, Bill worries all the time: "They'll pay you for one day's worth of work," he says, "but it's usually about three. One to worry, one to shoot and then, one to recover."
-- Barbara Baker Burrows, The Digital Journalist 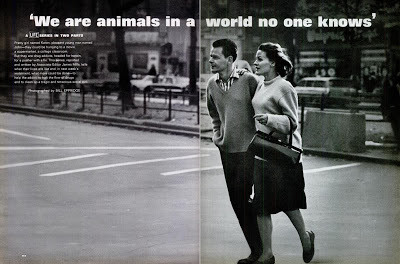 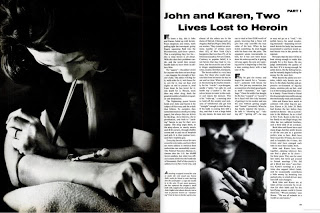 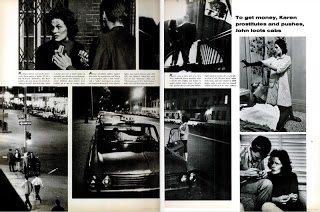 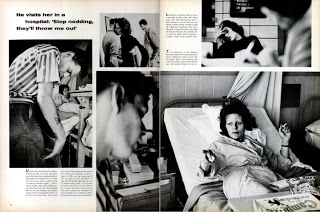 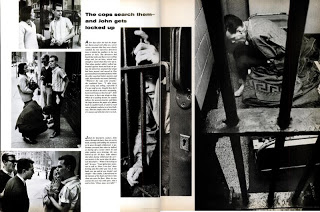 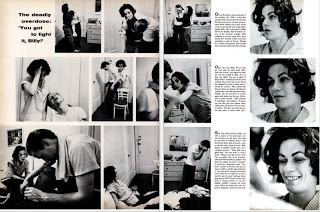 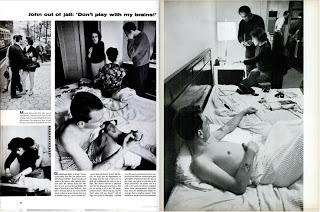 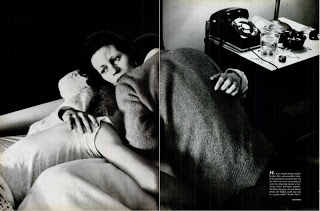 Article by James Mills and photos by Bill Eppridge for Life Magazine, February 26, 1965.