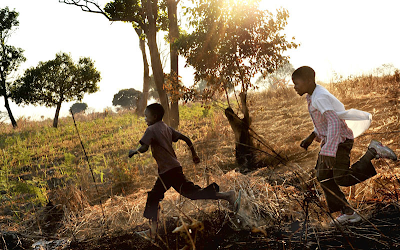 My Journey to Angola
Africa started tugging on me again last year and when an opportunity to join an NGO to Angola surfaced, I quickly seized the opportunity. Non-government agencies like the Red Cross and Amnesty International offer a way for photojournalists to see parts of the world completely closed off to the average traveler. The Chicago based RISE International, a non profit organization that builds schools in Angola allowed me to join them in July to document their work. Full article and photographs here.﻿
Jeff Widener is a Pulitzer Prize-nominated American photojournalist who’s best known for shooting the photo “Tank Man“. He has documented wars and social issues in over 100 countries, and was the first photojournalist to send digital photos from the South Pole. You can read our recent interview with him here.