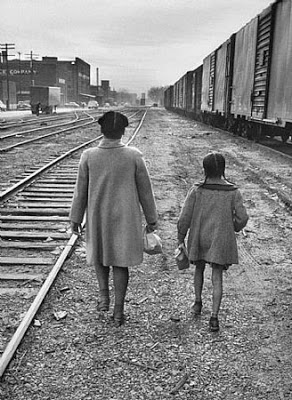 
Hikaru “Carl” Iwasaki, an American of Japanese heritage who was relocated to a World War II internment camp as a teen and went on to become a renowned photojournalist, died last week in his Denver home. He was 93.

As a contributor to Time, Life and Sports Illustrated magazines, among other publications, Iwasaki photographed several presidents and multiple sport stars. His work also included many everyday Japanese-Americans settling throughout the country in the aftermath of World War II internment as well as documenting the civil rights movement, including Brown vs. the Board of Education of Topeka, Kan., in the 1950s.

“He was a real old-timer, well-known in this community among other (photographers) and journalists,” said Dick Woodbury, a colleague and long-time friend.

Woodbury, who met Iwasaki at an Air Force Academy home football game in 1962, described his friend as “a kind, gracious, unassuming person, a very hard worker.”

Born Oct. 18, 1923, in San Jose, Calif., Iwasaki became interested in photography through his high school yearbook and newspaper. At age 19, Iwasaki and his family were sent to an internment camp in Heart Mountain, Wyo.

Iwasaki’s photo skills led him to a position with the War Relocation Authority photo unit in Denver, where he worked in a darkroom. He soon became a WRA photographer, documenting Japanese-Americans released from camps as they resettled throughout the country.

Over the course of his journalism career, Iwasaki photographed Presidents Ford, Nixon, Truman and Eisenhower.

Eisenhower’s connections to Denver — he recovered from a heart attack here — helped Iwasaki form a special bond with Ike.

“Not many people know about this, but (Eisenhower) loved to paint,” Iwasaki told the Monroe Gallery of Photography in 2010. “I photographed him painting, and he autographed it for me. … I got to know him very well.”

“Everyone recognizes his work as a photographer,” said Dean Iwasaki, his son. “It was real art. He had an eye for that.”

Iwasaki had been a member of the Denver Press Club since the 1950s.

He was preceded in death by his wife, Beatrice, in 2005. He is survived by two sons, Dean, of Denver, and John, of Connecticut; a daughter, Janice, of California; two stepsons, Tom and Ed; and numerous grandchildren.

Carl Iwasaki's photograph of the Brown Sisters in featured in the current exhibition "History in a Moment" through November 20, 2016.