How Photography Has Transformed the U.S. Presidential Election

A new exhibition looks at how photography has been used to shape public image and garner public support for candidates campaigning for the most powerful office in the world. 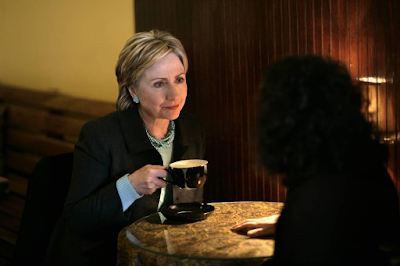 “Politics is theater. It doesn't matter if you win. You make a statement. You say, ‘I'm here, pay attention to me,’” said Harvey Milk, the first openly gay elected official in California. Invariably photography, with its paradoxical ability to convey fact and fiction at the same time, has long played a major role in shaping political messages without ever saying a word.

The new exhibition, The Campaign, looks at how photographers have documented the race for the most powerful office in the world — that of the U.S. Presidency — over the past 80 years from the campaign trail to inauguration day. The exhibition, which features work by Cornell Capa, Bill Ray, John Leongard, Alfred Eisenstaedt, Neil Leifer, Brooks Kraft, and Nina Berman, among others, dates back to Thomas E. Dewey’s run in 1948, which resulted in one of the greatest upsets in election history. 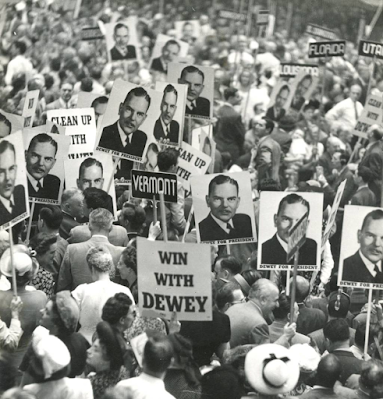 Irving Haberman’s vibrant crowd scene shows just how influential the photograph was, as countless members of the crowd bear placards with Dewey’s confident visage gazing intently at us, emoting the perfect blend of assurance and artifice Americans have grown to know and love. 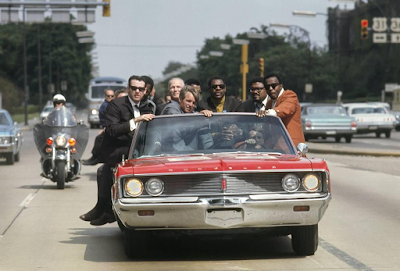 “Reporters listen, photographers look,” photographer Bill Eppridge said during the Robert F. Kennedy’s 1968 tragic run, which ultimately resulted in his shocking death on the campaign trail before he could clinch the Democratic nomination. Kennedy, whose public profile was closely welded to his brother’s legacy, understood the language of visibility and representation long before they became buzzwords.

In Eppridge’s photograph of Kennedy campaigning in the Watts section of Los Angeles on the last day of the primary — just three years after riots against police brutality devastated the neighborhood — we see the former Attorney General symbolically standing on the shoulders of Black men, his wide smile standing in stark contrast to the cautious looks on their face. Eppridge’s image underscores the complex mixture of naïveté and hubris that privilege provides when confronting the rapacious specter of American violence. 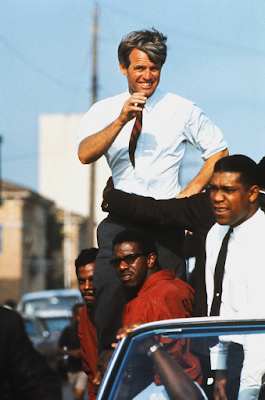 The Kennedy campaign travels through the Watts section of Los Angeles on the last day before the primary, 1968 © Bill Eppridge / Monroe Gallery of Photography

The Power of Photography

This September, more than 73 million people tuned in to the first debate between Donald Trump and Joe Biden — just the kind of ratings the President loves. As a failed businessman who rebranded his image through reality TV, Trump understands better than most the power image holds over the American public. 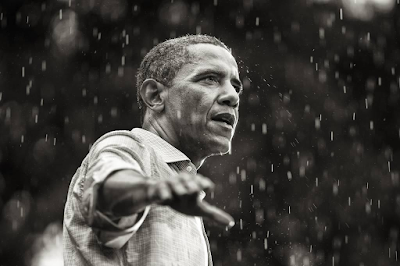 We focus our attention not on the action but on the TV monitor that beamed Kennedy’s radiant face into millions of American homes. The camera showed Kennedy as the picture of vitality an image that belied his actual health. Calm, cool, and collected, Kennedy soared while Nixon faltered — allowing the public to happily forgo the enduring wisdom of Edgar Allen Poe: “Believe nothing you hear, and only one half that you see.” 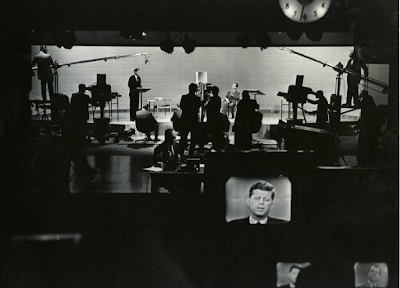 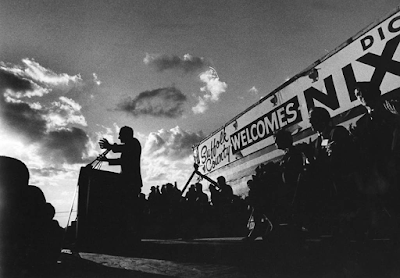 Richard Nixon giving a speech to the residents of Suffolk County, NY while on the campaign trail in 1968 © Irving Haberman / Monroe Gallery of Photography