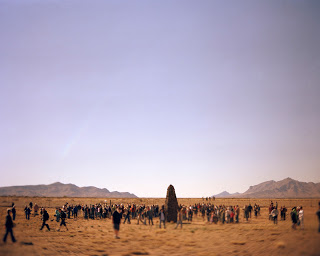 On July 16, 1979, the worst accidental release of radioactive waste in US history happened at the Church Rock uranium mine and mill site.

While the Three Mile Island accident (that same year) is well known, the enormous radioactive spill in New Mexico has been largely unknown - it is the US nuclear accident that almost no one knows about. Just 14 weeks after the Three Mile Island reactor accident, and 34 years to the day of the Trinity atomic test, the small community of Church Rock, New Mexico became the scene of another nuclear tragedy. 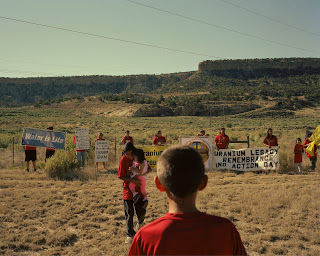 More than 1,100 tons of uranium mining tailings and 100 million gallons of radioactive material emptied through a collapsed dam and into the Puerco River, running directly through numerous communities. The" in a remote area inhabited by possibly the most poverty-stricken and disenfranchised community of people in the country - Native Americans. Rarely is the Church Rock anniversary either known or noted. 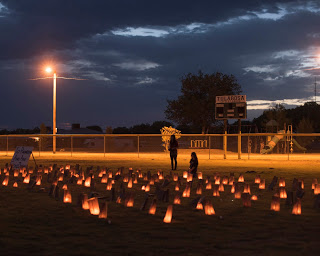 Nina Berman: Uranium Remembrance Day, Church Rock, NM 2016
Nina Berman received the 2016 Aftermath Project Grant for “Acknowledgment of Danger,” a look at the “toxic legacy of war on the American landscape.” She photographed the Church Rock community and the Trinity site as part of the project. Berman is a documentary photographer, filmmaker, author and educator. Her wide-ranging work looks at  American politics, militarism, environmental contamination and post violence trauma.  Her photographs and videos have been exhibited at more than 100 venues from the security walls of the Za’atari refugee camp to the Whitney Museum of American Art.  She is the author of Purple Hearts – Back from Iraq (2004), portraits and interviews with wounded American veterans, Homeland (2008), a look at the militarization in post-September 11 America, and most recently, An autobiography of Miss Wish (2017), a story told with a survivor of sexual violence which was shortlisted for both the Aperture and Arles book prizes.  Additional fellowships, awards, and grants include the New York Foundation for the Arts, the World Press Photo Foundation, Pictures of the Year International, the Open Society Foundation, the Center for Documentary Studies at Duke University and the Aftermath Project. She is a member of the photography and film collective NOOR images and is a professor at the Columbia University Graduate School of Journalism where she directs the photography program. She lives in her hometown of New York City.
‹ PREVIOUS   |   NEXT ›