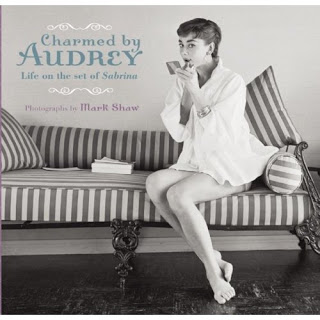 Monroe Gallery's major retrospective exhibition of photographs by Mark Shaw, concurrent with the publication of the new book "Charmed By Audrey", is now available for preview on our website. (http://www.monroegallery.com/). Featured in the exhibition are photographs from every facet of Mark Shaw's remarkable and distinguished career, including many extraordinary and rare vintage prints.

Mark Shaw lived from 1922-1969. As a photographer he is perhaps best known for his images of Jacqueline and John F. Kennedy and their family which he originally photographed on assignment for LIFE magazine, and later as their family photographer. Also a leading fashion photographer, Mark Shaw worked for Harper's Bazaar, Mademoiselle, and a host of other fashion magazines. He started working for LIFE magazine in 1952 and in 16 years shot 27 covers and almost 100 stories. Throughout the 1950's and 1960s' Mark Shaw shot the European fashion collections for LIFE, and was one of the first photographers to shoot fashion on the runways and "backstage" at the couture shows. His photographs of Audrey Hepburn, originally shot for LIFE in 1953, had been lost after Mark Shaw’s death, and were only found in 2005. (This May 4th would have been Audrey Hepburn's 80th birthday).

The exhibition opens with a reception with the photographer's son, David Shaw, on Friday, April 24, from 5 to 7 PM, and continues through June 28. But you can preview the photographs now!
‹ PREVIOUS   |   NEXT ›