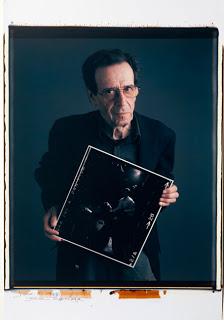 Bill Eppridge with his photograph of Robert F. Kennedy after assassination attempt, June 5, 1968 in the Ambassador Hotel

A very interesting exhibit will be on view in April during MOPLA (Month of Photography - Los Angeles). During the month of April The Pacific Design Center will feature 35 photographs from Tim Mantoani's "Behind The Photographs" project.


"Behind The Photographs" was borne from Tim Mantoani’s desire to record the living legends of photography. "We have come to a point in history where we are losing both photographic recording mediums and iconic photographers,” Tim comments. “While many people are familiar with iconic photographs, the general public has no idea of who created them. Behind Photographs became a means to do that, the photographer and their photograph in one image.” Tim used a soon to be extinct photographic medium, the 20×24 Polaroid record his subjects holding a print of their most iconic photograph.