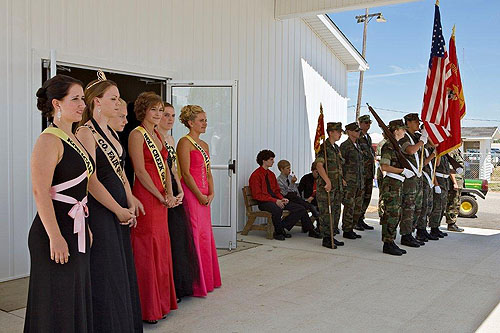 
Eric Smith has gone in search of Middle America, which he defines as the people living in the nation’s small towns and the less-than-glamorous cities far from the coasts. “Middle America drives our economy, defines popular culture, and fights our wars.”

﻿
Smith took a picture at afuneral in a high- school gymnasium in Morley, Mich. “The town’s so small that two towns had to come together to build a high school, but it was standing room only with 500 bikers lined up outside,” he said. “A lot of these kids were football players and popular. They are 18, 19, 20, or 21 — fresh out of high school — so the whole school shows up.” 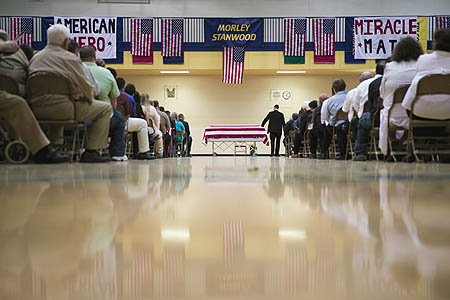