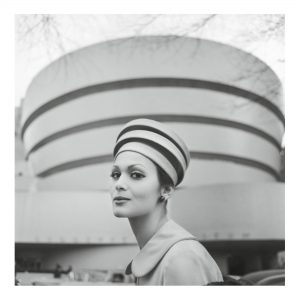 The Rye Arts Center is proud to present its second exhibition of works by world renowned photographer Tony Vaccaro, following its 1992 exhibit â€œThe Vision of Tony Vaccaro â€“ a Fifty Year Retrospective.â€ Curated by Patrick Cicalo and Gail Harrison Roman, the exhibition demonstrates how Tonyâ€™s visually eloquent photographs provide a cultural history of his time, providing a record of figures in arts and letters and in public life, and scenes of war and death.

As a combat photographer in the Second World War, Tony captured on film wartime images that evoke the determination and camaraderie of soldiers in combat, the pathos of defeat and death, and the joy of liberation, all represented in the exhibit.

Upon his return to the United States, Tony took up fashion and celebrity photography working for major magazines of the postwar era: Harperâ€™s Bazaar, Flair, Life, Look, Newsweek, Time, Vogue, and other popular news and fashion magazines. He amassed a treasure trove of celebrity images from the worlds of television and film, art and architecture, politics, and fashion. Included in this exhibition are portraits of Irving Berlin, Leonard Cohen, Givenchy, Georgia Oâ€™Keeffe, Pablo Picasso, Jackson Pollock, and Frank Lloyd Wright, and others.

Much of what is creative in photography today has its birth behind Tonyâ€™s lens. His pioneering work in visual interpretation and artistic presentation was a catalyst in the advancement of magazine photojournalism and celebrity portraiture. A selection of Tonyâ€™s cameras and memorabilia will be on view as well.

A special section of Tonyâ€™s cameras and personal memorabilia, curated by Sarah Mackay, will be on view in the Gallery.

Photographs in the exhibition appear courtesy of Tony Vaccaro Studio and the Monroe Gallery of Photography.

Tony will speak about his work at the Opening Reception, free and open to the public, on Thursday, April 7th from 5:30-7:30pm. Reservations are suggested but not required.

The exhibition will be on view at The Rye Arts Center from April 7th â€“ May 13th.

For more information, go to www.ryeartscenter.org