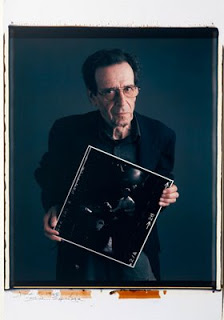 The New York Times' excellent photo-blog Lens is featuring a slide show of Bill Eppridge's photographs from Woodstock, along with audio of Bill's recollections. Bill Eppridge is one of the most significant photojournalists of our time, for over four decades he has covered a remarkable assortment of stories for renowned national publications such as National Geographic, LIFE magazine and Sports Illustrated.

His collective assignments read like a list of the most important historical and cultural events from the latter half of the 20th Century. Eppridge recorded the Beatles’ first momentous visit to the United States. He photographed a young Barbra Streisand—living in a tiny railroad apartment in Manhattan—on the verge of super stardom. He was the only photographer admitted into Marilyn Lovell’s home as her husband, Jim, made his nail-biting re-entry into the atmosphere in the crippled Apollo 13 spacecraft. He captured Clint Eastwood on the set of Dirty Harry. He was at Woodstock. And he was in Vietnam. He covered the funeral of civil rights activist James Chaney in Mississippi. His landmark photographic essay on Needle Park heroin addiction won the National Headliner Award and inspired the motion picture Panic in Needle Park, starring Al Pacino. That photo essay is included in Things As They Are: Photojournalism in Context Since 1955, the 2005 ICP award-winning book by World Press Photo.

Eppridge spent much of 1966 and 1968 on the road with Robert F. Kennedy, covering the presidential campaign for LIFE magazine. It was Eppridge who took one of the decade’s most poignant and iconic photographs: a stunned Los Angeles busboy, Juan Romero, cradling the candidate in the kitchen of the Ambassador Hotel, just seconds after he was shot.

Throughout his career Eppridge has been a respected force in training a new generation of photojournalists at the University of Missouri Photojournalism Workshop, as well as at the Eddie Adams Photography Workshop, and Photography at the Summit, in Wyoming. His work has been exhibited at the Smithsonian Museum of American History, the Museum of Television and Radio, the High Museum of Art in Atlanta, the Visa Pour L’Image in Perpignon, France and throughout the U.S. and Europe. A comprehensive exhibit of his photographs of the Beatles are currently on a worldwide tour, and, in the spring of 2008, went on exhibit in the Beatles’ hometown of Liverpool.

Monroe Gallery of Photography is honored to represent the photography of Bill Eppridge. Several of his photographs are featured in the current exhibition, "A Thousand Words: Masters of Photojournalism", on view through September 27.
‹ PREVIOUS   |   NEXT ›