To Do Friday: The LIFE Photographers 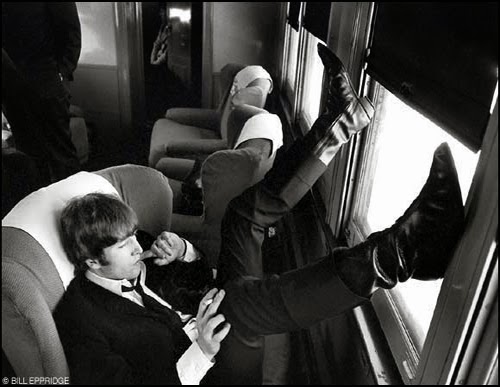 Monroe’s latest celebrates some of the most striking images of our time—and the men behind them.

President John F Kennedy’s funeral procession, Japanese surrendering on board the USS Missouri in Tokyo Bay, John Lennon unwinding on train trip from Washington, DC to New York. These are some of the iconic photographs celebrated in LIFE magazine during photojournalism’s golden age.

That mythical era might be long gone, but the poignancy of those images lives on in Monroe Gallery of Photography’s The LIFE Photographers, which opens on Friday.

“The exhibition of more than 50 photographs includes iconic moments in our collective history and indelible photographs of everyday life,” the gallery’s Michelle Monroe tells SFR.

Displaying images that are now steeped in the American conscience, the opening coincides with a presentation of the book signing of The Day Kennedy Died and a signing by Richard Stolley, the man responsible for securing the Zapruder film for LIFE.

“LIFE magazine photographers had unparalleled access to John and Jacqueline Kennedy, from even before they were married,” Monroe continues. “The exhibit features a special selection of well-known historical Kennedy photographs and several seldom-seen, rare images of the now-famous Kennedy mystique that was Camelot.”