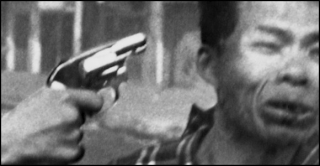 Co-presented with the International Center of Photography.

"It quickly became obvious that the story was not about the photograph but rather is the story of perception: of how a man takes a picture, the world responds, and that response leads him to a more nuanced, truthful understanding of the power of the media, the evils of war, and the complexities of human nature â€” Eddie Adamsâ€™ included."