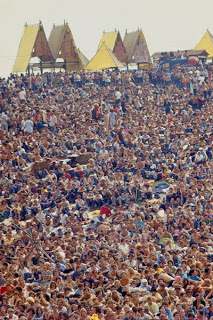 July was an extremely busy month in Santa Fe, with dozens of events and activities. August promises to be another active month, with many great events happening.
The current exhibition "A Thousand Words: Masters of Photojournalism" continues. The exhibit is one of the most-talked about exhibits of the year, and has already drawn tremendous acclaim. Monroe Gallery is also featuring a special online exhibition of photographs from 1969. The commemorations for the 40th anniversary of Woodstock have started, last week the New York Times featured the photographs and memories of Bill Eppridge. However, now the New York Times is reporting: "Peace, love, understanding and nostalgia do not seem to be quite enough to resurrect a 40th anniversary version of Woodstock. Michael Lang, one of the event’s original promoters told Rolling Stone magazine that he has dropped plans to put together a third anniversary concert – after ones in 1994 and 1999."

Other highlights in August: The Santa Fe Opera, the Mountain Man rendezvous, Whitehawk antique show, Indian Market (August 22 and 23), and more.
We hope to see you in August!
‹ PREVIOUS   |   NEXT ›