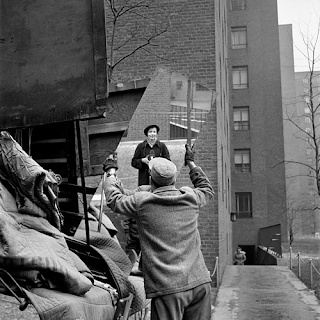 "We begin a three-part series on the amazing story of Vivian Maier -- the Chicago nanny who took more than a hundred thousand photos during her lifetime but never showed them to anyone. Now that she's gone, her photos have been discovered, and some say she may rank among the top street photographers of the 20th century.

Jay Shefsky brings us Vivian Maier's remarkable story on Chicago Tonight at 7:00 pm.
Watch on Wednesday for part two, as we explore the meteoric rise of Vivian Maier’s popularity around the world. And tune in on Thursday for part three, to see how the mystery of Maier's life and work has inspired people to learn more about her."