Selections from People Get Ready: The Struggle for Human Rights 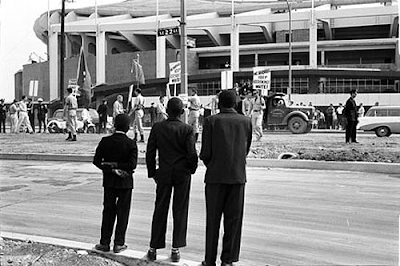 "Even as I look at this picture, 50 years later, It’s hard for me to believe that the American Nazi Party was marching in our nation’s capitol, right in front of D.C. Stadium. In the fall of 1961, the Redskins still didn’t have a single black player, and the Nazis were out front, picketing to keep them that way. It gave a Jewish photographer the creeps. -- Neil Leifer


Monroe Gallery of Photography, 112 Don Gaspar, is pleased to present "People Get Ready", a major exhibition of 55 dramatic photographs from significant human rights struggles in history. The exhibition continues through September 23.  We will be posting selected photographs from the exhibition here throughout the summer.