Exhibit | They Broke the Mold 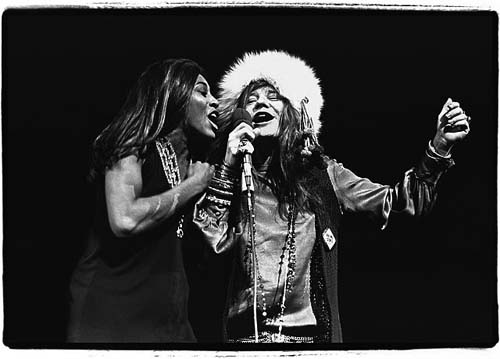 “Wrong is right,” observed Thelonious Monk. “I say, play your own way. Don’t play what the public wants. You play what you want and let the public pick up on what you’re doing? even if it does take them fifteen, twenty years.”

Musicians of the past were not only artists—they were visionaries. Before video killed the radio star and digital replaced the analogue world, musicians like Chuck Berry, Jimi Hendrix, and David Bowie were changing the cultural landscape. “They Broke the Mold”, a collection of classic music photographs, is currently on view at the Monroe Gallery of Photography, Santa Fe, NM, through January 30, 2016.

As time goes by, we witness a radical cultural shift, perhaps beautifully exemplified by a photograph of the Beatles taken by Bob Gomel in Miami in 1964. Lying out on sun chairs, fully or partially dressed, the Beatles look like nothing so much as British lads unfamiliar with the idea of catching a tan. With this image, we see the British invasion in its most self-conscious form.

©Eddie Adams: Louis Armstrong, Opening Night, Las Vegas, 1970
The times turn as a new, more radical era emerges, one beautifully rendered in Steve Schapiro’s 1965 photograph of Andy Warhol, Nico and the Velvet Underground in Los Angeles. Here we enter the age of the rock star and the freedom that is unleashed as the rise of pop culture dominates the world.

As the 1960s transform into the early ‘70s, a new kind of artist arrives in the form of Tina Turner, Janis Joplin, and Freddie Mercury. The diva incarnate returns to the stage, capturing our imagination. “I won’t be a rock star. I will be a legend,” Freddie Mercury said, playing the part to the hilt. He knew his time here would be brief, and like many others in “They Broke the Mold”, he lived it to the fullest. To one interviewer, Mercury replied, “What will I be doing in twenty years’ time? I’ll be dead, darling! Are you crazy?”

Such as it is with so many of the greats who live fast, die young, and leave a beautiful corpse. But others live long and full lives, and it is here in the photographs that we can remember the very best of times.

“They Broke the Mold” is currently on view at the Monroe Gallery of Photography, Santa Fe, NM, through January 30, 2016.

Miss Rosen is a New York-based writer, curator, and brand strategist. There is nothing she adores so much as photography and books. A small part of her wishes she had a proper library, like in the game of Clue. Then she could blaze and write soliloquies to her in and out of print loves.