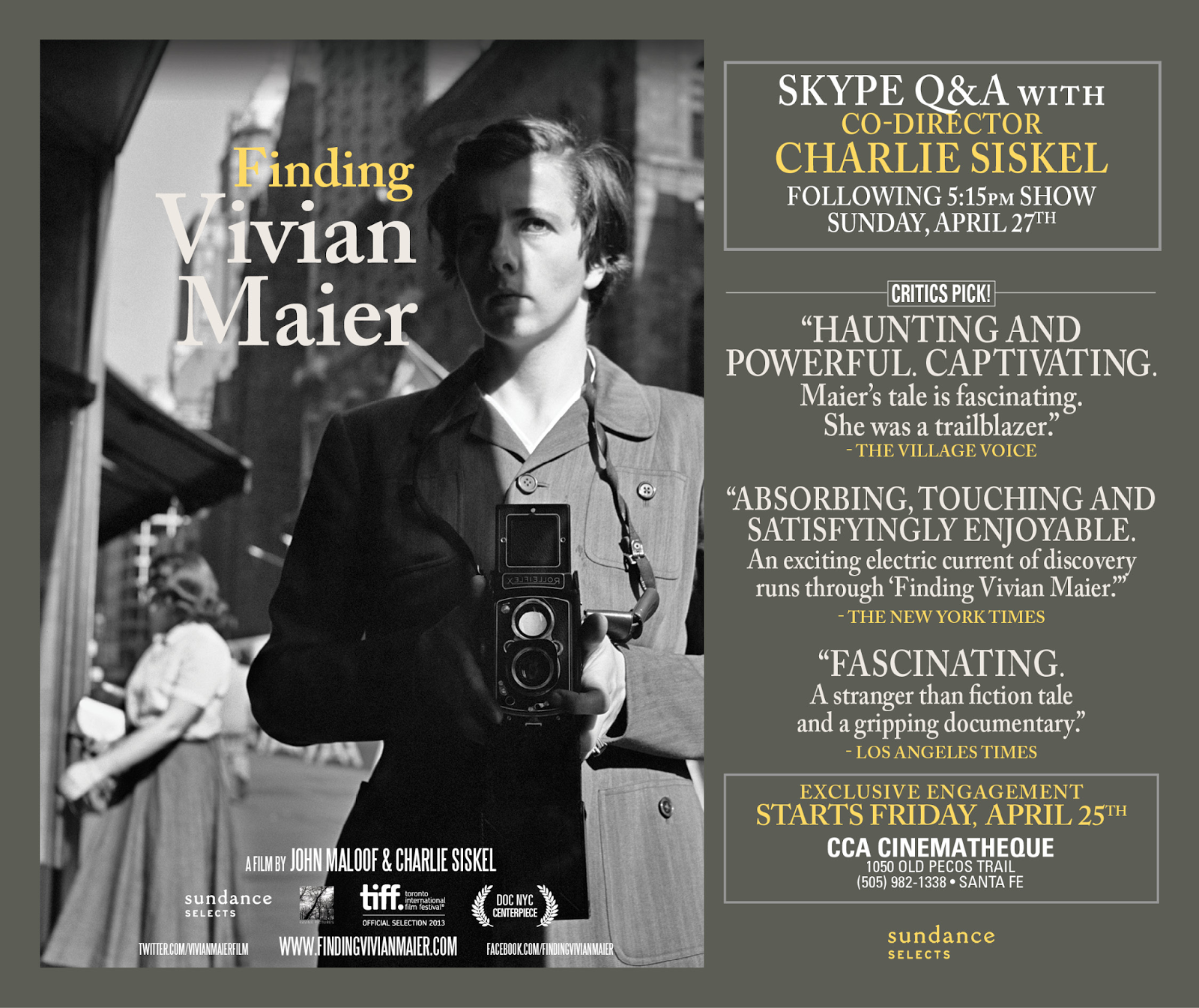 John Maloof discovered the work of an amazing photographer—a nanny whom, over the course of 40 years, took more than 100,000 photographs. As Vivian Maier’s work is discovered, in storage lockers and thrift stores, she is being recognized as one of the 20th century’s most prolific and gifted street photographers. Using her unseen photographs and 8mm films, and interviews with dozens who thought they knew her, Maloof tells the story of an unsung master of 20th century expression. (U.S., 2013, 83m, DCP, IFC Films)

Synopsis: Who is Vivian Maier? Now considered one of the 20th century's greatest street photographers, Vivian Maier was a mysterious nanny who secretly took over 100,000 photographs that went unseen during her lifetime. Since buying her work by chance at auction, amateur historian John Maloof has crusaded to put this prolific photographer in the history books. Maier's strange and riveting life and art are revealed through never-before-seen photographs, films, and interviews with dozens who thought they knew her.


*After the 5:15pm show on Sunday, April 27 there will be a skype Q&A with co-director, Charlie Siskel, moderated by Michelle Monroe of Monroe Gallery of Photography.