John Doar, Federal Lawyer in Battle Against Segregation, Dies at 92 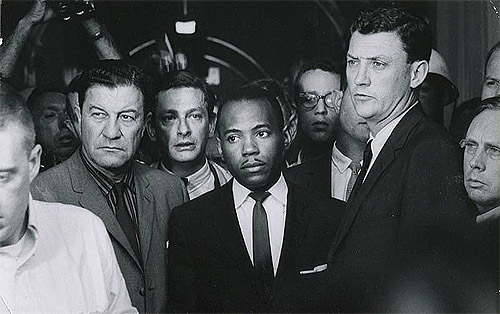 --Via The New York Times

John Doar, who was a leader in the federal governmentâ€™s legal efforts to dismantle segregation in the South during the most volatile period of the civil rights movement in the 1960s, and who returned to government service to lead the team that made the constitutional case for the possible impeachment of President Richard M. Nixon, died on Tuesday at his home in Manhattan. He was 92.

He escorted James Meredith onto the campus of the University of Mississippi in 1962, even as then-Gov. Ross Barnett and angry crowds sought to keep the school segregated. Doar later was the lead prosecutor in the federal trial arising from the deaths of three civil rights workers, Andrew Goodman, James Chaney and Michael Schwerner. Those killings inspired the 1988 film "Mississippi Burning."