Look back: 60 years since Brown v. Board of Education 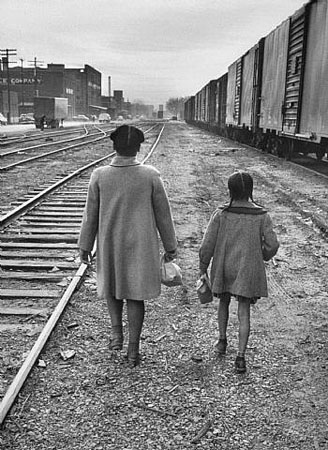 It has been 60 years since the landmark Supreme Court ruling in Brown v. Topeka Board of Education outlawed school segregation in America. The decision shook the country to its core, defying the fundamentals of the countryâ€™s most ardent and longstanding manifestations of racism â€“ the legal, physical separation of the races.

The 1954 decision ruling that racial segregation in public schools violated the Fourteenth Amendment (guaranteeing equal protection), as well as the Fifth Amendment (guaranteeing due process), forced the country â€“ and the court, for that matter â€“ to reckon with the unfulfilled Constitutional rights of countless African Americans whoâ€™d for generations been denied the most basic rights.

But many cities and school districts fought compliance of the law. And a year later, in 1955, the Supreme Court ordered that districts desegregate with â€œall deliberate speed.â€ While some schools integrated with varying degrees of success, the decision sparked a mass exodus of white students from desegregated public schools.

â€œIf we can organize the Southern States for massive resistance to this order I think that, in time, the rest of the country will realize that racial integration is not going to be accepted in the South,â€ former Sen. Harry Flood Byrd of Virginia, said in 1954. He called the decision â€œthe most serious blow that has yet been struck against the rights of the states in a matter vitally affecting their authority and welfare.â€

In many cases, rather than integrate, state school officials simply shutdown public schools. In one case, in 1959, officials in Prince Edward County Virginia closed the school system, which remained closed for the next five years.

In another act of resistance, white parents began removing their children from the public school system all together. Because Brown v. Board only applied to public schools, white parents across the country began to form what came to be known as â€œSegregation Academies,â€ all-white private schools that skirted the Supreme Courtâ€™s mandates. The so-called â€œSeg Academiesâ€ flourished throughout the 1950s, 1960s and 1970s. And even into the late 1970s and 1980s, when districts began bussing programs to diversify stubbornly segregated public schools, many whites erected barricades, hurled insults and in some cases resorted to petty violence.