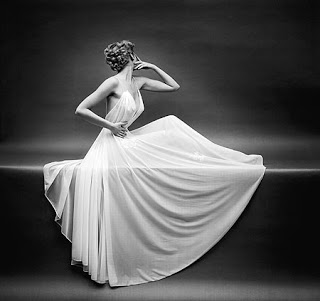 The current Mark Shaw Retrospective exhibit is entering its final weeks. Already the subject of several local reviews and articles, it will be a featured review in the summer issue of ARTNEWS.
Mark Shaw lived from 1922-1969. As a photographer he is perhaps best known for his images of Jacqueline and John F. Kennedy and their family which he originally photographed on assignment for LIFE magazine, and later as their family photographer. Also a leading fashion photographer, Mark Shaw worked for Harper's Bazaar, Mademoiselle, and a host of other fashion magazines. He started working for LIFE magazine in 1952 and in 16 years shot 27 covers and almost 100 stories. Throughout the 1950's and 1960s' Mark Shaw shot the European fashion collections for LIFE, and was one of the first photographers to shoot fashion on the runways and "backstage" at the couture shows. Decades after his death, Mark Shaw’s photographs are now being exhibited collectively for the first time.
The exhibition continues through June 28. Opening July 3, "A Thousand Words: Masters of Photojournalism".
‹ PREVIOUS   |   NEXT ›