Collection Center for Creative Photography, University of Aizona (76.577.30) ©2010 The Ansel Adams Publishing Trust
﻿
New Mexico magazine, the nation's original state magazine, has an article on the history of photography in New Mexico and the many galleries featuring photography in Santa Fe. The article by Wolf Schneider titled "Shoot-Out: Why the New Mexico photography scene keeps getting more competitive" opens with:

"Used to be, New Mexico's fine-art photography scene meant historic images by Laura Gilpin, Eliot Porter, and Ansel Adams - especially Adams' famed Moonrise, Hernandez, New Mexico, 1941. There was a photo gallery or two in Santa Fe. Now the city has a half-dozen galleries dedicated to photography, and two dozen more that feature photography among other arts. Fine-art photography is on the rise world-wide, with modern image making propelled by digital technology, and with prints in limited and numbered editions all the rage.

'Over the last 10 to 15 years, there's been an explosion in fine-art photography' observed Sidney Monroe, 52, who opened Monroe Gallery of Photography with his wife Michelle in Santa Fe in 2002. 'We started in New York in the eighties, when there were only a small number of photo galleries around the world' he remembers. Monroe specializes in humanist and photojournalist imagery, representing internationally known photographers such as the late Margaret Bourke-White and Henri Cartier Bresson, and selling prints for $1,000 up. Ninety percent of the images Monroe sells are still shot on traditional film. Showing the work of nationally and internationally known photographers, he observes, 'For any other city of this size, you won't get the diverse photography you will see in Santa Fe'".

Andrews Smith states "We are the leading dealer of Ansel Adams in the world", noting that Adams' prints currently sell for $4,000  and up. Way up. "Most of the great collectors are collecting photography. Its an international trend. There are more photo galleries in Santa Fe per capita than anywhere in the world."

Read the full article here, turn to pages 20 - 23 using the e-reader. Also interviewed and featured are Jennifer Schlesinger of Verve Gallery, Anne Kelly of Photo-Eye, and several others. 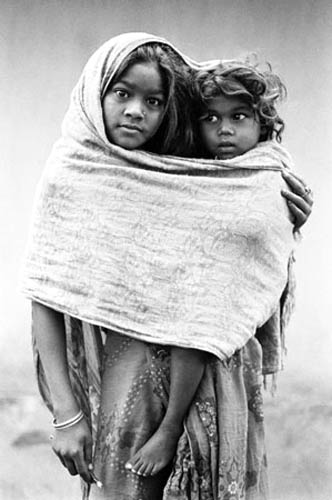 "For any other city of this size, you won't get the diverse photography you will see in Santa Fe" says Sidney Monroe of Monroe Gallery of Photography, which recently exhibited works by the late Pulitzer Prize-winning Eddie Adams.