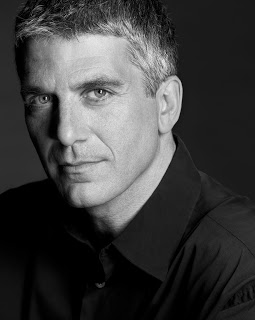 Pardon our delay in posting this. Stephen Wilkes had a very thought-provoking commentary in The Huffington Post on the passing of Walter Cronkite.
As a gallery devoted to photojournalism, we are often engaged in discussions about the changes in contemporary journalism. In fact, the gallery's current exhibition hearkens to the "golden age" of photojournalism. In today's ocean of bad news for the press--picture editors being laid off, agency, newspapers and magazines closures, diminished fees being paid to photojournalists (see post about the $30 Time cover!), Wilkes' reflections offered a refreshing look at part of what is missing.
The Huffington Post
July 23, 2009
The Art of Listening: In Memory off Walter Cronkite
by Stephen Wilkes
It was a beautiful spring day in March 1974. I was a high school student in the tenth grade and as excited as I've ever been in my entire life. I was the photographer/reporter for my high school T.V. station and my best friend was the manager and lead reporter. It was through his fearless tenacity that we had set up a number of interviews with some of our local TV anchors for our combined piece on great broadcast journalists of the day. We had sent letters to several well-known reporters requesting an interview but were met with disappointment, as many of our letters were unanswered and seemingly unimportant. However, we had somehow managed to pique the interest of one reporter to give us an exclusive. It was on this day, the 20th of March in the spring of 1974, that the legendary Walter Cronkite granted us our first interview and a life changing experience.
We were scheduled to meet Mr. Cronkite at 2:00pm, yet we realized early on that his schedule might change because it was the day that Chet Huntley had died, and Mr. Cronkite was in the midst of writing a eulogy. Yet, with all that was going on during that busy day, he still managed to sit down with us for a full one-hour interview. We sat in his office, both of us with our yellow notepads and all our pre-written questions. He was incredibly gracious and patient as we both read our questions one at a time and answered every single one of them.
At the end of questions he looked at us and in a very calm yet direct manner asked,
"Boys, I'd like to ask you both a question."
Well, my friend and I both looked at our notepads, and quickly realized that this was NOT part of our script. As we blankly stared upward, Mr. Cronkite looked at us and said, "Do you know what makes a good interview?"
Again, we looked down at our yellow pads, as if we might have written something during our one-hour conversation that could have given us THE answer. Scrambling as we were, we could barely even get a word out, and rather than let us struggle with a long silence, he looked at us both, and in the nicest way possible, told us what he was looking for.
"Being a good listener boys. That's what makes for a good interview."
We stared, dumbstruck and in awe.
"Being a good listener will always lead you to the next question."
My friend and I looked at each other, and realized in that very moment that Walter Cronkite just told us what we invariably had missed during our one-hour interview.
I remember leaving his office that day and feeling that I had learned an incredible lesson. It is a lesson that I have applied throughout my life.
He was known as a great and legendary newsman, but I'll always remember him from that brief meeting in March 1974 where he inspired me to listen.
Monroe Gallery of Photography is pleased to announce a major retrospective exhibition featuring the documentary projects of leading contemporary photographer Stephen Wilkes. The exhibition includes new photographs and opens on Friday, October 2. Stephen Wilkes will discuss his work in the gallery from 5 - 6; with a public reception for the photographer from 6 – 7:30 PM. The exhibition continues through November 22.
‹ PREVIOUS   |   NEXT ›