Photographer Stephen Wilkes gets on board the drilling rigs that will fix the Deepwater Horizon disaster once and for all. Published in TIME, July 22, 2010. (All photographs Stephen Wilkes for TIME.) 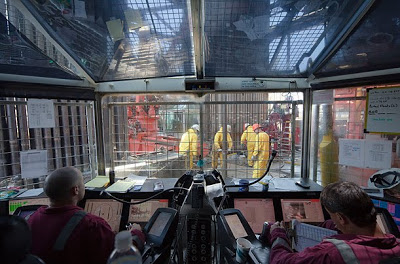 
After the explosion on the Deepwater Horizon oil rig on April 20, BP began to drill two relief wells — parallel pathways to the oil reservoir beneath the floor of the Gulf of Mexico — that will eventually intersect with the original well. In this photo, workers in the control room on one of the platforms drive the rig as it works. 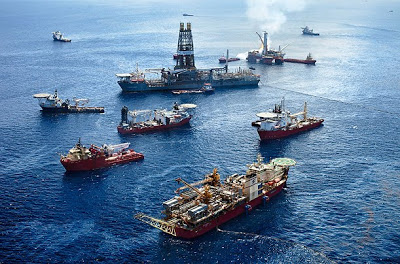 Ships of the Spill


The platform (right rear, with flame) is supported by numerous craft, including: the Discoverer Enterprise (center with the tall tower), which was the first ship to collect oil from a cap placed over the well; the Helix Producer (lower right with green helicopter landing pad), another containment ship that is on hold while the well remains capped; and a small flotilla of ships that operate the remote operated vehicles, the underwater robots that carry out procedures on the wellhead. 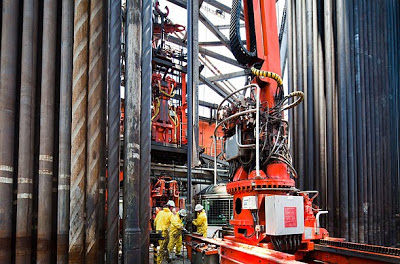 On Board the Rig


The drilling begins vertically, pushing down some 10,000 ft. below the surface of the Gulf. Then the drill's path has to curve into the original well. 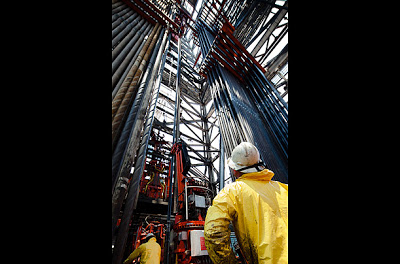 
The task presents an extraordinaly challenge: The drill must strike a tiny target more than three miles beneath the surface of the ocean. As of July 20, the main relief well was less than 5 ft. from its goal. "We're absolutely perfectly positioned," said BP vice president Kent Wells, who is leading the effort. 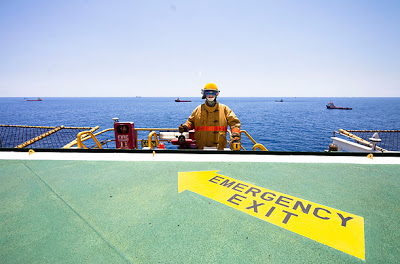 
When the linkup is made, BP will be able to pour mud and then concrete into the original well, finally cutting off the flow of oil for good. 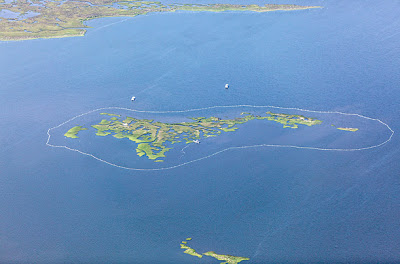 
The rigs are located about 40 miles off the southeast Louisiana coast and a one-hour and 15-minute helicopter ride from Houma, La., where booms protect the marshland, above 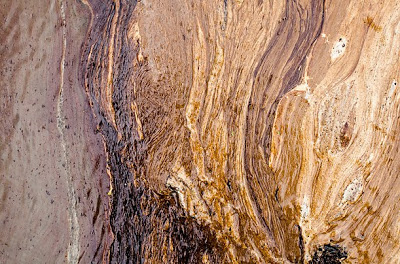 
Even after the spill is permanently stopped, a vast amount of cleanup work in the affected areas of the Gulf will remain.

For more than two decades Stephen Wilkes has been widely recognized for his fine art and commercial photography. With numerous awards and honors, as well as five major exhibitions in the last five years Wilkes has left an impression on the world of photography. Stephen Wilkes has completed several documentary projects, including China, Bethlehem Steel, and In Katrina's Wake.

Perhaps Wilkes’ most ambitious project was photographing the south side of Ellis Island (1998 – 2003). With his exclusive photographs and video work, Wilkes was able to help secure $6 million in funding to restore the south side of the island. Today all that remains of the past are Wilkes' haunting images. These photographs have appeared in The New York Times Magazine and have won numerous awards including American Photographer, The Art Directors Club, Applied Arts Magazine, Graphis and other industry awards. Wilkes continues to be involved with his passion for Ellis Island, working with the "Save Ellis Island" foundation and his work will be part of a permanent exhibition at Ellis Island. Wilkes received the Alfred Eisenstaedt Award for magazine photography, and in 2004 he received the Lucie Award for Fine Art Photographer Of The Year Award. His work is in the permanent collection of several important museum collections. Ellis Island: Ghosts of Freedom was published by W.W. Norton & Company in the fall of 2006, and was accompanied by a major exhibition at Monroe Gallery of Photography October 6 – January 7, 2007.